The Do's and Don'ts of Emergency Evacuations

Do you know what to do to get yourself, and other passengers, off of a plan in under 90 seconds during an emergency?

The next time you’re on a flight, take a good look around. In coach, all of those cramped three-by-three seats are usually occupied with passengers pressed elbow to elbow, unable to move freely. Luggage is jammed under seats and in overhead bins. Then consider this: Federal regulations say that in an emergency evacuation, flight attendants need to get everybody off the plane … within 90 seconds.

There have been incidents in the recent past when skilled flight attendants did in fact get everyone off an airplane in an emergency within fairly short periods of time, but the basic problem was tragically underscored last May, when Aeroflot Flight 1492 made a fiery emergency landing at Moscow’s Sheremetyevo Airport. More than half of the 78 passengers were trapped and died on the Superjet-100 regional jet. Only 37 managed to get off the burning plane safely.

During that evacuation, a heroic flight attendant, Tatyana Kasatkina, kicked the exit door open and grabbed people and pushed them onto the emergency slide. “I was just kicking them out the door so they didn’t get jammed, grabbing each one by the collar,” she told reporters.

Worldwide, flight crews were aghast seeing what they all fear: A plane was not evacuated in time to save lives. Many pointed to one reason. "Reports from people on the plane indicate the evacuation may have been slowed by passengers grabbing their bags. Videos show passengers taking their carry-on bags with them as they exited the plane,” said Sara Nelson, the international president of the Association of Flight Attendants, a union representing 50,000 flight attendants at 20 airlines. “We will never know if more lives could have been saved if the bags were left behind.”

Emergency evacuations of aircraft are rare, but when they do occur safely it’s notable, in the inevitable videos and in flight crews’ reports, that many fleeing passengers are seen coming down the slide clutching their carry-ons. This means that passengers, ignoring flight crew instructions to leave belongings behind, took the time to collect their bags from under seats or overhead bins. In some previous incidents, passengers are seen dragging roll-a-boards down the slide with them.

There are two major issues in aircraft emergency evacuation, only one of which is the responsibility of us passengers. That is, if an emergency evacuation is ordered, do not delay the process by gathering your belongings. Just “listen to the flight attendants and leave all bags behind. It is a matter of life and death during an evacuation,” as Nelson said in congressional testimony after the Moscow disaster, adding: “Never forget Aeroflot 1492. Save your life or the life of a passenger behind you."

The other issue, however, is a matter for the airlines and even the government. For many years, most airplanes have been flying full on most flights. At the same time, airlines have been ruthlessly reducing passenger space and cramming in more seats as they “try to squeeze as much revenue out of each flight as possible,” said Nelson.

Even if they were to follow instructions and leave their bags, it is difficult for 100 or 250 of all sizes and physical acuity to crawl out of cramped seats and make their way expeditiously up a narrow aisle. Keenly aware of this, flight attendants are at the forefront of efforts to force the airlines, and the Federal Aviation Administration, to at least study whether smaller seat size and pitch, and cramped cabin design, pose basic safety perils in “our ability to evacuate an aircraft in 90 seconds or less,” said Lori Bassani, president of the Association of Professional Flight Attendants, which represents 20,000 American Airlines flight attendants.

Bassani testified in hearings this summer to urge Congress to prod the F.A.A. on the safety implications of ever-more-cramped aircraft cabins, “as seat size and legroom continue to shrink.” She added, “In an emergency landing, passengers no longer have enough space to even assume the proper brace position.”

The F.A.A. had long resisted calls to pressure airlines on safety implications of cramped cabins, but the agency finally agreed last week to conduct testing in November to determine minimum requirements in evacuation rules for seat size and spacing.

Airlines have a lot of influence with the F.A.A. and don’t want more government regulation, but in this era of what’s been called “the incredible shrinking airline seat” something has to give, given mounting warnings that an evacuation disaster in the U.S. is only a matter of time.

Meanwhile, if you want to check on seat size and pitch on any airline, SeatGuru.com is an invaluable source

MEMO PAD – The TSA is emphasizing that as of October 1, 2020, drivers licenses used for identification at airport checkpoints will need to be “REAL-ID compliant.” Most states’ drivers licenses are now compliant, though some people might need to update older licenses to get a new one that meets the requirements. Here’s a TSA fact sheet on REAL-ID. “REAL-ID implementation is a little more than a year away. Now is the time to prepare,” says the TSA’s acting deputy administrator Patricia Cogswell.

… Rail passengers would be able to travel direct from London to cities in Germany under a plan announced by Eurostar, the high-speed rail company that now operates cross-channel between London and Paris, Lyons, Rotterdam and Amsterdam. The “Green Speed” project, which needs European Commission approval, would combine Eurostar with Thalys, which operates high-speed rail service between France, Belgium, the Netherlands and Germany.

Lola.com is the spend management solution that keeps you on budget.

Try it for free 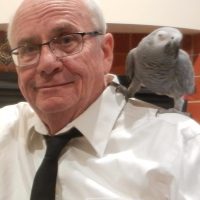 About the Author: Joe Sharkey
Joe Sharkey’s work appears in major national and international publications. For 19 years, until 2015, he was a columnist for the New York Times — for 16 years doing the weekly “On the Road” column on business travel, and before that the weekly “Jersey” column for three years. He is currently a columnist with Business Jet Traveler magazine, and an adjunct professor of journalism at the University of Arizona. A Vietnam veteran, he has written five books, four non-fiction and a novel. One of his nonfiction books, “Above Suspicion,” has been adapted as a major motion picture starring Emilia Clarke, Jack Huston, Thora Birch and Johnny Knoxville (and directed by Phillip Noyce), to be released soon. In January 2017, a new, revised edition of his book “Above Suspicion” was published in print and as an e-book by Open Road Media. Penguin Random House also released an audio book version in January. Open Road also published revised editions in e-book format of his true-crime books “Death Sentence” and “Deadly Greed.” In January 2018, the revised edition of “Death Sentence” was published in print by Open Road Media. In his newspaper career before the New York Times, he was an assistant national editor at the Wall Street Journal; the executive city editor of the Albany (N.Y.) Times-Union; and a reporter and columnist with the Philadelphia Inquirer. On Sept. 29, 2006, while on assignment, he was one of seven people on a business jet who survived a mid-air collision with a 737 at 37,000 feet over the Amazon in Brazil. All 154 on the commercial airliner died. His reports on the crash appeared on the front page of the New York Times and later in the Sunday Times of London Magazine. He and his wife Nancy (who is a professor of journalism at the University of Arizona) live in Tucson — where he is also working on a new novel about the exploits of an international travel writer who hates to travel. .

What is Travel and Expense (T&E) Management?
END_OF_DOCUMENT_TOKEN_TO_BE_REPLACED
Product

Stay in the loop